During the last two years, I have had three tornadoes pass within a mile of my house. I figured it would be in my best interest to find out more about tornadoes and I am sharing some of my findings with you. I am not an expert in this area, but I did find some interesting facts about tornadoes.

Tornadoes are some of the most misunderstood events of natural weather phenomena. They can be some of the most powerful and destructive forces of nature man has ever witnessed. There is still so much that we do not know about the cause and actions of a Tornado.

What we do know

Facts usually mean things that we can prove. Most of the science we have about tornado models is a result of computers, that in the span of time haven’t been around for that long. When it comes to predicting tornadoes most of what we know we gathered from historical observation for patterns. It is pattern models the computers look for, that help warns us to the dangers of tornadoes.

The United States of America ends up playing host to more tornadoes than any other country. We average around 1,000 to 1,200 a year. The reason for this happens to be the cold, dry Canadian air likes to cause havoc when it dances with the warm moist air from the Gulf of Mexico. This is why the Midwest and southern states tend to have more tornadoes than the northeastern states. Tornado Alley as it is affectionately called spans the Midwest to down south, and seems to follow the flow of the jet stream.

Here are a few interesting facts about tornadoes:

Enhanced Fujita Scale measures wind speed and likelihood of damage of a particular tornado. The scale started in February of 2007 and it assigns an EF (Enhanced Fujita) number to tornadoes. The range from EF0 to EF5 is from weakest to strongest in intensity.

The National Weather Service is in charge of issuing warnings when atmospheric conditions look like they could produce tornadoes. When weather is severe it increases the chances of a tornado. Weather warnings come from the TV, radio, and finally tornado sirens.

There are other services offered to the members of the deaf community. Weather radios with flashing lights and a message screen can be purchased, but they are becoming more and more obsolete by smartphones that the deaf community can receive the same emergency text messages as everyone else.

The different types of warnings are:

Weather changes hourly in the Midwest. We always joked in Missouri that if you didn’t like the weather just wait an hour, it will change. Keep watch on the days forecast and when there is bad weather expected, avoid situations where you would be left defenseless against the storm. Watch for the warning signs listed before like hail, greenish skies, rushing wind, flying cows, and chicks named Dorothy.

The sheer destructive nature of a tornado makes it impossible to rage against and win. Another interesting fact about tornadoes are, you can not drive your bug out vehicle into the storm and expect to come out of it unscathed, much less alive. It is like trying to play chicken with a train.

There are a few things you can do to prepare for a tornado.

The does and don’ts when faced with a tornado

One of my parent’s favorite stories to tell about me is the time we were all in the basement with a tornado going by. I must have been two years old. I was praying out loud, “Dear Lord, Don’t let the tomato get me!” To this day, that tomato has not gotten me. Let me know what you think I left out, or share your own experiences with me in the comments section below. 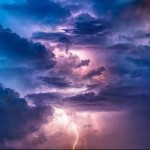 23 thoughts on “Interesting facts about tornadoes”